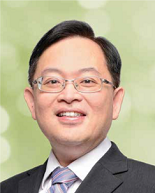 Started his professional career in 1997 at Sun Microsystems, Inc. During the period 1998- 2005, he joined as Group Manager at ORACLE Corporation. He returned to Indonesia and continued his professional career at PT A.T. Kearney (2007-2010) and as Managing Director at Living Social (2010-2012). He has held several important positions as Vice President at PT Telkomsel (2012-2014); CEO at PT Commerce Logistik Lestari (2014-2015) and Director of PT Visionet International (OVO, 2016-2019). Currently he also served as Commissioner of PT Ciptadana Capital (since 2016), Commissioner of PT Matahari Department Store Tbk (since 2020); President Commissioner at PT Multipolar Technology (since 2019); also as President Director of PT Multipolar Tbk (since2019). He was graduated Bachelor of Science degree in Computer Engineering from the University of Arizona, USA in 1995; The Master of Science in Electrical Engineering from Stanford University, USA in 1997, and the Master of Business Administration in Corporate Strategy and Operations Management from the European Institute for Business Administration (INSEAD) in 2006. 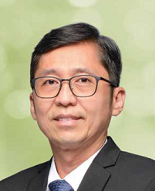 Joined the Company in 2003. Currently, he also serves as Company's Chief Financial Officer. He started his professional career as a Senior Auditor at Prasetio Utomo & Co. (Arthur Andersen & Co.) in 1995-1998; Senior Consultant at Pricewaterhouse Coopers 1999-2000; Accounting Manager at PT Broadband Multimedia Tbk (KabelVision) 2000- 2001; Associate Manager at PT Siddharta Consulting (KPMG) in 2001-2003. He is a graduate of Parahyangan Catholic University. 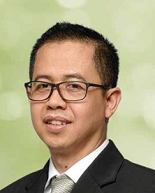 Joined the company in 2006 and served as Regional Manager until 2012. Between 2012- 2018, he held several important position in Company's operational such as Vice President Operational and Sales Development Hypermart; Associate Director for Operational; and currently served as Large Stores Format Director since 2017. Prior to joining the Company He has served as System Support Supervisor of PT Yascarindo Perkasa (1996-1997); System Support Manager if Ramayanai Lestari Sentosa Tbk (1997-1999); and Carrefour Indonesia (1999-2005) where he served as IT Head, Division Manager and Store Manager. He graduated in 1996 as Bachelor in Economic from Slamet Riyadi University, Surakarta. 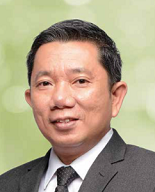