Report from the Board of Commissioners 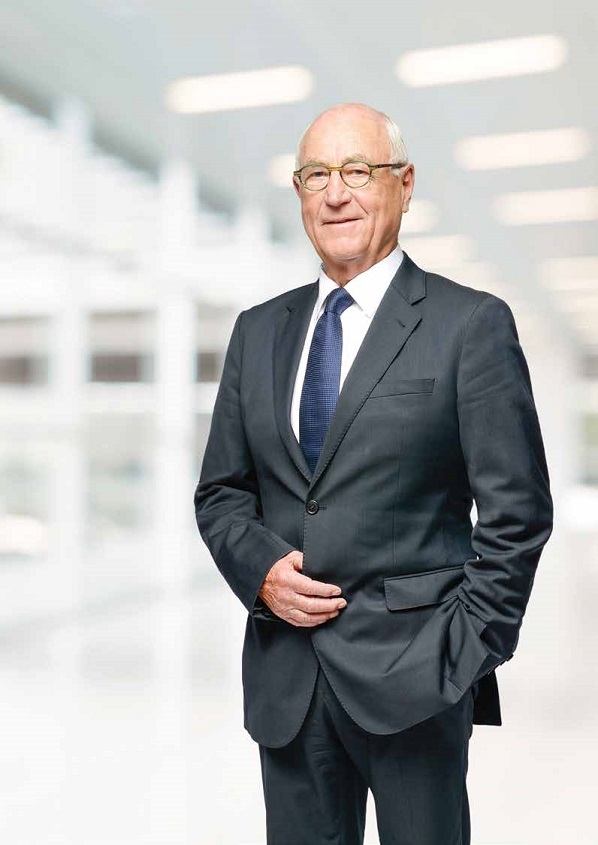 Amid the ongoing Covid-19 pandemic impacting global market and Indonesia, The Board of Commissioners (“BOC”) highly values the commitment and continuing efforts by the Directors, Management and staffs of PT Matahari Putra Prima Tbk (“Company/MPPA”) in navigating the Company to overcome business challenges within this difficult situation. Throughout 2020, MPPA continued a series of important actions to stay focus in bringing best of fresh products to its consumer retailing strategy.

It also revamped and strengthened its online businesses as part of the Company’s omni-channel strategy in overcoming the Large-Scale Social Distancing imposed by the government. The online business now captures great opportunities to serve the new digital lifestyle being adopted by more Indonesian consumers as they have been practicing Social & Physical Distancing measures and health protocols to avoid the spread of Covid-19 virus. These strategies would support the Company in strengthening its strategic foundation and key business pillars as it will enter into New Normal post Covid-19 pandemic in 2021 and beyond.

The Company has put tremendous efforts in making important changes and strategy implementation into sustainable business actions despite having to operate within this challenging market with great uncertainties and lower customers’ in-store traffic and consumption rate. While MPPA had to put a halt to its offline store expansion plan and made inevitable temporary closure of several stores within 2020, the Company has proudly achieved important milestone by revamping and reinforcing its Hypermart Online e-commerce platform as well as introducing its popular Chat & Shop by WhatsApp to valued customers in late Q1 2020 when several regions started to get affected by Covid-19 virus spread and regional lockdowns imposed by the government. In the second semester 2020, MPPA continued to strengthen its online businesses by collaborating with several leading Indonesian marketplace operators (GrabMart, Shopee, Tokopedia).

These efforts were prudently implemented to bring the unparalleled and complete online retail offerings nationwide to Indonesian consumers through both MPPA’s own Hypermart Online and Chat & Shop online businesses as well as virtual stores at online platforms of those leading marketplace operators.

Year 2020 was another difficult yet challenging year globally, including Indonesia, with the wide spread of Covid-19 virus pandemic. While the race of Covid-19 vaccines are currently being produced across nations, the pandemic has infected 82,745,324 cases globally with death rate escalating to 1,805,221, while Indonesia also suffered with infected cases and death tolls reaching to 743,198 and 22,138, respectively. This inevitably led to negative impacts to the nation’s state of economy with shrinking GDP as the results of decreased customers’ consumption rate, rising unemployment as more businesses being impacted and closures.

Within the year, the spread of Covid-19 virus to most regions across Indonesia forced the government to implement Large-Scale Social Distancing and lockdowns in several areas. Covid-19 prevention protocols such as usage of masks, hand-washing, social & physical distancing measures, have been enforced nationally until present days. These conditions led to most businesses, including retail industry, had to face significant performance impact as consumers’ traffic to stores/malls dropped an average of 40-60% during the pandemic, resulting to lower overall purchasing power and consumption rate. Moreover, the relatively low increase of annual minimum wages, increasing unemployment rate as the result of more business efficiencies/closures and relatively high electricity & fuel tariffs contributed to lower household retail spending during the period.

The above situation, coupled with the competition and proliferation from local supermarkets and minimarket with aggressive price competition have also impacted on MPPA performance in 2020, despite the Company’s key initiatives for its business strategy have been implemented and it continued its strict cost efficiency measures in order to mitigate the overall weakened business condition.

The BOC has been closely monitoring and reviewing the Company’s strategy, acknowledging changes in the market and advising the Directors and Management in executing key actions.

We are delighted to see that the Company is able to continue its commitment as consumer-centric retailer with right merchandise assortments focusing on fresh products, competitive pricing, offline and online promotions to meet the daily household needs. The Company also continued its focus in assortment reviews and inventory management with a goal to focusing on fast moving, productive SKUs and to reducing slower unproductive items for better cashflow.

The reinforcement of Hypermart Online e-commerce and introduction of Chat & Shop as well as collaborations with several leading online marketplaces also demonstrate positive traction sustainably to become another key pillar of MPPA’s retailing business as we move into New Normal situation in the future.

Cost control measure was continued being examined to support a lower merchandise margin business by looking at a number of operational efficiencies. These include headcount productivity optimization both at stores, distribution centers and head office, a further shift of marketing promotion spending into cost-effective online social media, digital promotion approach and community-based marketing. With these cost efficiency actions, the Company was able to achieve a further 15% savings in its selling, general, and administrative expenses compared to the previous year.

In summary, we are pleased and commend the Directors and Management team for their leadership and unwavering focus during the year to deliver the Company’s value proposition for the consumers. Their positive steps to leverage some of the Company’s core capabilities during the year would certainly bring MPPA to another level of future growth path.

The BOC performs its supervisory duties over BOD and Management, as specified in Indonesia’s Company Law and the Company’s Articles of Association, primarily through scheduled meetings and maintains other channels for frequent, open and constructive communication.

Throughout 2020, the BOC continued its engagement and gave advice on the Company’s plans and strategy. In compliance with the Financial Service Authority (OJK) Regulation No. 33/POJK.04/2014, the BOC continued to enforce the compliance of the guidelines to each BOC member. During the year, the BOC held 6 meetings and 4 separate formal meetings with BOD, in which all of the meetings were conducted online via video conferencing, emails and other online communication methods. Within its bi-monthly internal meeting, the BOC discussed various topics ranging from external market conditions and Company’s ongoing matters as well as reviewed reports from the Audit Committee and Nomination and Remuneration Committee (NRC).

The 4 formal meetings with the BOD were held quarterly to review both quarterly and year to date financial and operating performance. During these meetings, strategic plans were reviewed to adapt to market and Company’s situation. Actions were then designed to insure delivery of the updated strategic plan. Upon completion of these meetings BOC and BOD members were aligned on the results, strategic plan updates and necessary execution actions.

The BOC is assisted by the Audit Committee, chaired by myself, John Bellis. The Audit Committee has consistently placed high priority on Good Corporate Governance practices (GCG). Within the year, the Audit Committee conducted 4 online meetings via video conferencing and emails to review audit reports from Internal Audit, the findings and solutions of which were reported formally to BOC. It is in the opinion of the BOC that the Company has delivered all aspects of GCG according to guidelines. The Code of Conduct and Whistleblowing system continue to be strengthened at all levels of the organization, helping to ensure the compliance with external laws and regulations.

Additionally, in compliance to OJK Regulation No. 34/POJK.04/2014, the Nomination and Remuneration Committee (NRC), also chaired by myself, John Bellis, assisted the BOC to evaluate and advise on the remuneration of BOC and BOD members. During the year, the NRC conducted 3 online meetings whose recommendations have been proposed and communicated to the BOC.

During 2020, the NRC submitted several proposals to the BOC in order to strengthen the overall structure of BOC, BOD and Management team. In 2020, the BOC approved the appointment of Herry Senjaya as the Company’s Finance Director & CFO as well as Andre Rumantir and Johanes Jany as the Company’s Directors. Those appointments were also approved by shareholders at the Company’s Annual General Meeting of Shareholders held on June 2020. Herry brings strong leadership and knowledge in monitoring and controlling the Company’s financial and cost efficiency measures with his outstanding financial audit experience of more than 15 years at the Company. Both Andre and Johanes are experienced executives with long-term knowledge about the Company’s aspect to bring their outstanding execution capabilities needed to build MPPA in this fast-changing environment.

The BOC has concluded that, in general, the Company’s GCG practices are being implemented effectively. However, within the dynamic development of the business environment, it is inevitable that the Company’s risk exposures might increase. The BOC continues advising the BOD to address any incompliance identified during the year and to adjust and strengthen the Company’s internal control and risk management systems going forward.

Changes In The Composition Of Board Of Commissioners

In order to continue strengthening its supervisory duties, the BOC believes that changes in its structure is necessary and important. Throughout the year, BOC already received formal assessment from NRC and had made several changes, including the resignation of Chua Siang-Hwee, Jeffrey and Liu Wai Ling from their respective Independent Commissioner positions.

Those changes were approved by shareholders at the Company’s AGMS in June 2020 and Extraordinary General Meeting of Shareholders (“EGMS”) in October 2020. The changes are as follows:

The remaining members of the BOC in 2020 consisted of me, John Bellis, as the Independent President Commissioner, John Riady and Rudy Ramawy. As we enter 2021, the BOC will continue to move the Company to higher levels of GCG practices.

Perspective On the Company’s Prospect

We will cautiously optimistic in moving into 2021. We believe the availability and deployment of Covid-19 vaccines would take place in Q1 and early Q2 2021 across area in Indonesia, while economy and business outlook will resume its positive prospect starting Q2 going onward.

We are optimistic that MPPA would resume its growth path in the second semester 2021. We are pleased that Directors and Management team were able to grab the opportunities in developing its omni-channel strategy during pandemic era in 2020. It brings the Company in a better position to further implement both online and offline business operational excellence.

The demographic, socio-economic trends and increasingly urbanised population and expanding middle class, signal the potential for sustained consumption growth in the medium to long term. MPPA is well-positioned to capture its potentials when consumer spending recovers.

For the coming year, Management proposes to maintain the strategic business focus in maximising the value proposition in consumer retailing, continuing to control costs and developing further its omnichannel strategy. Management will also continue to explore opportunities to improve the overall business efficiency and profitability.

Incorporating market outlook and MPPA’s strategy above, the BOC are optimistic that the strategy proposed by the BOD and Management team for 2021 will put MPPA in the right track to optimise its retail focus as well as to deliver sustainable results to the stakeholders.

On behalf of the BOC, I wish to thank each of our dedicated team members for their strong efforts in 2020. To our partners, I would like to reiterate that the Company would continue to work with you collaboratively, enabling us to prosper together in the future. To our stakeholders, I believe we have taken the important steps in transforming and bringing MPPA back to its positive growth path. Thank you for your continued support and confidence in MPPA.

On behalf of the Board of Commissioners,